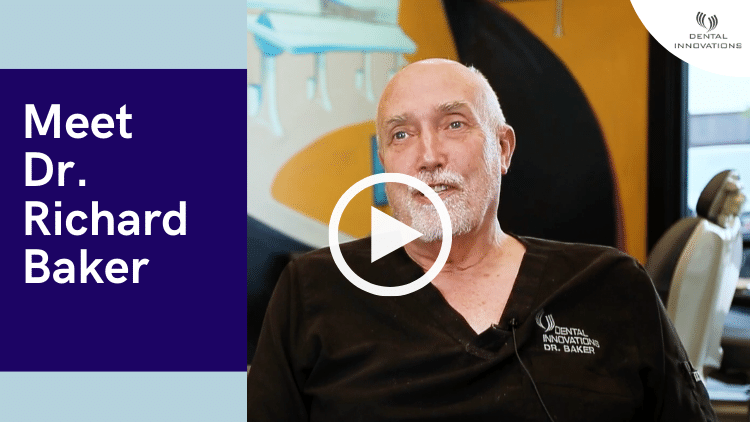 Get to Know
Dr. Richard Baker

Dr. Baker has been practicing dentistry for well over 40 years now, and his vision and passion for this field has resulted in truly next-level care for patients in his treatment chair. He is a true problem-solver who works closely with each person in need, delivering leading-edge solutions with a personal touch. If you’d like to learn more about him, just continue reading below.

Why Did You Decide to Become a Dentist?

Dr. Baker’s father was an orthodontist, and he started working for him at a young age, helping out in the lab. All of this first-hand exposure to the oral healthcare field ignited a lifelong curiosity, and he found himself walking down a similar path as hew grew older. In fact, he worked nights doing emergency blood analyses in an inner-city hospital so that he could pay for dental school and graduate with no outstanding loans. This allowed him to start his own solo dental office right away – and the rest is history!

Where Did You Study Dentistry?

After studying at Utah State University, Dr. Baker pursued his Doctor of Dental Surgery at Case Western Reserve University in Cleveland, graduating in 1977. Since then, he has completed numerous continuing education courses in order to stay current with new tools and techniques in dentistry, focusing on topics like sedation dentistry, metal-free restorations, orthodontics with clear braces, and more.

Outside of the Dental Office, What Do You Like to Do?

Dr. Baker is the proud father of five daughters who are all in their 40’s and 30’s today. He also has fourteen grandchildren! Outside of dentistry, traveling is one of his biggest passions. He took his children to Germany, Australia, Italy, and Slovenia for a month in a rented van when they were still young. He’s also hiked at Havasu Falls in the Grand Canyon multiple times, rafted twice on the Colorado River, and embarked on both a Baltic Cruise and a trans Panama Canal cruise. Some of his other hobbies include skiing and riding his motorcycle.